ATM 232-Like Mine Telephone
This was one of those things that was simply too cheap to resist, coming in at a total of £22.50. It’s an ATM T3903 from the 1930s which was used in the mining industry, though only above ground. Each of these telephones would have had its own battery and turning the magneto handle would have rung the bells on other telephones on the same circuit.
​This is what it should look like:-- 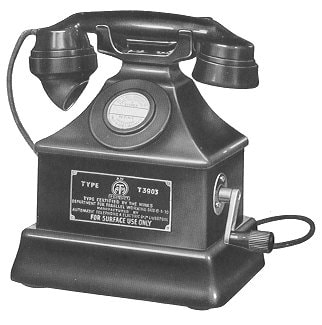 There was nothing I could do about the missing Certification Plate and as the magneto unit was just a great heavy lump of uselessness (sticking 90VAC up a telephone exchange or ATA isn’t to be recommended!) I decided to remove it and configure it as a GPO 232. The biggest job would be repairing the bell cover. Part of it was broken off but still present as there was a screw passing through it but another section was long gone.​

​I superglued the broken part back which held it in place well enough to get some fibreglass behind it. I also used fibreglass to bridge the gap and then brought it up to level with Isopon P38 car filler. I could have attempted to stain this black but I know from experience that matching the colour is less than half the battle as fillers and substrates rarely polish to the same degree of shine. I therefore simply spray-painted the repaired side. 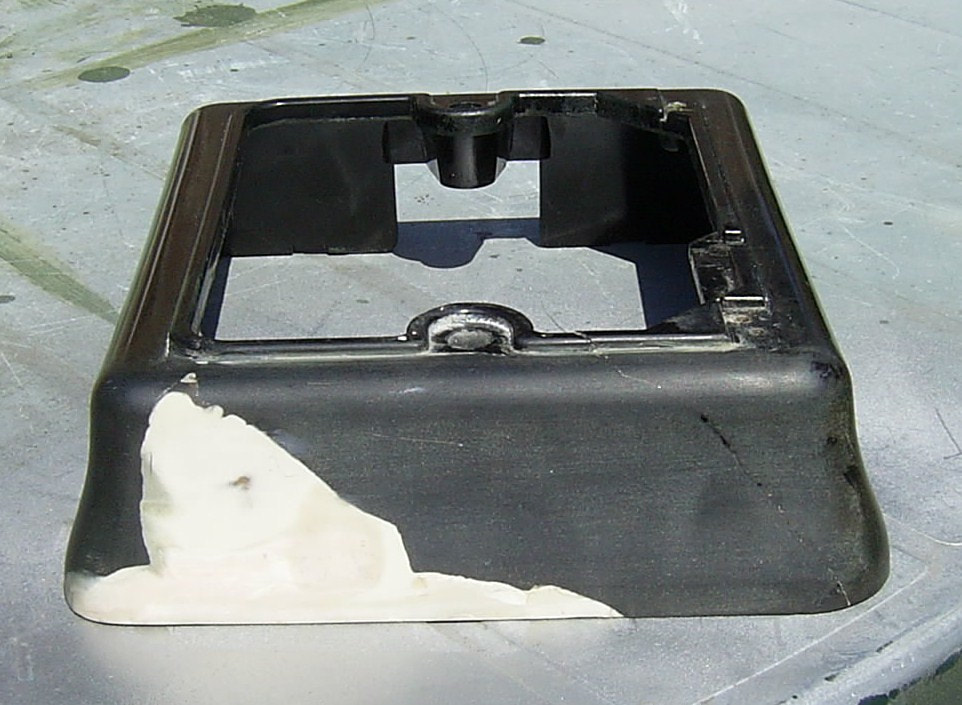 Unlike the similar cover used on GPO bells and bellsets this one doesn’t have a top — the GPO ones were dual-purpose in that they could be either fixed under a telephone or onto a wall. In my case it’s handy as the wire connecting the bell and ’phone can be routed within rather than coming out of the side of the bell and then into the back of the ’phone, which always makes them look like something of an afterthought.

It must have remained in use until the 1960s or '70s as it had been fitted with a curly handset cord. This was unusually thick and quite short, about 6” unstretched, which would be asking to pull the whole thing off the table, or whatever, especially without the extra weight of the magneto. Luckily I’d got a couple of spare GPO ones.

The biggest thing to do electronically was to fit it with an Induction Coil No 27. The one it had had only two windings, one of 1Ω and one of 25Ω. This is equivalent to a GPO No 1 which was only used on Local Battery circuits.

The bell coils were 1,000Ω each whereas GPO ones were normally 500Ω, or 2,000Ω. I didn’t expect this to matter beyond being a point of interest.

When converting an old 'phone to the modern system it's usual to connect a 3,300Ω resistor in series with the bell as this limits the amount of current it can draw and has very little effect on performance. As this bell motor was already 2,000Ω I added a 2,200Ω resistor. I then found it only made a very feeble noise. I've never been wholly convinced by the need for a resistor at all so decided to leave it out.

I’d got a spare Dial No 12 and fitting that was a very simple matter and I also fitted it with an LD to DTMF converter.

​The transmitter that was in it worked but carbon ones are never very good. I’d got another which was completely shot so I filleted it and 'dead-bugged' one of my single transistor electronic ones inside it.

The line cord is actually a switchboard cord. You can get a BT plug 631A onto them if you’re prepared to do immoral things with solid-core wire and superglue.
I was very happy with it until one day I received a 'phone call while I was upstairs and found that the 746 in my bedroom wasn't ringing properly. As the only thing I'd changed was having this ATM 'phone plugged in it was pretty obvious that that was the cause of the bother.

​I'd got a spare 4,000Ω bell motor so fitted that and everything worked together happily. The original coils are much thinner than normal so I suspect that for all that they have a DC resistance of 1,000Ω their inductive reactance, and thereby their AC impendence, is lower. As ringing current is AC it's the latter that matters. It probably also explains why the motor wouldn't work at reduced current.