I found the circuit in an electronics lab when I was at college.   I've had one for over thirty years now (Tempus Fugit and all that) and found it immensely useful.

It has far more uses than the usual testing of fuses &c and even gives a pretty good guide to the state of capacitors.

There's no need to get hung up on the speaker impedance as over the years I've used everything from 8Ω to piezo transducers.

Mine has got an 80Ω one along with a socket so I can use this a high(ish) impedance test speaker.

Basically the higher the tone it makes the lower the resistance it's testing. Very high resistances will produce a series of pips and it's surprising how it can be pipping every couple of seconds on things that other meters have read as infinity.

When testing capacitors for leakage a large one will initially emit a high note which gradually reduces in pitch and finally becomes a series of pips, or in an ideal world, it will shut up completely.  Smaller ones may emit one pip and very small ones nothing at all.  A constant low note or series of pips shows that it's leaking. 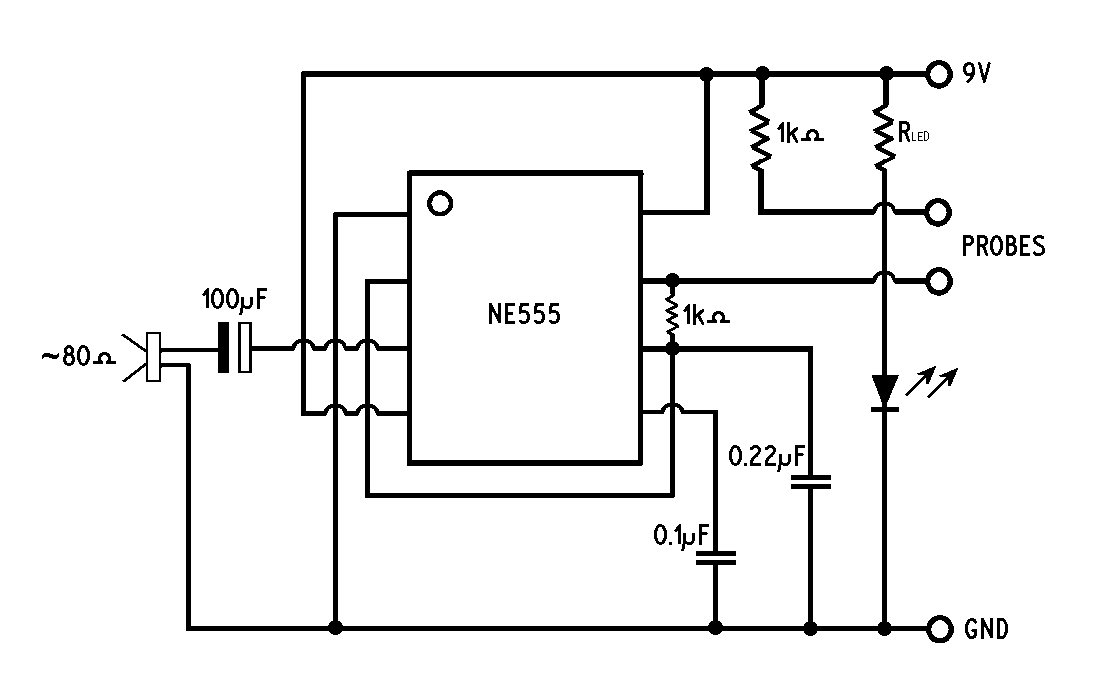 There is a good case to be made for not bothering with the LED as the current it takes will shorten the life of the battery. However its presence reduces the chance of the tester being left switched on by accident and wasting even more of its life.

No value is given for RLED as it depends on the type of LED used. Traditionally it would have been 330Ω but modern LEDs emit more light at lower currents so 1kΩ is a better ball-park figure. Basically it wants to be as large as possible yet allow enough current to light the LED sufficiently brightly. Try 1kΩ first and if it’s too dim lower it or raise it if it seems brighter than needed. If you’re using a special low current LED you’ll need to check its specifications and choose a resistor accordingly.